Another Way to ‘Hook Up’ 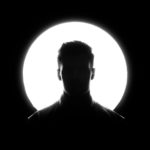 Get your attention? I thought the title might entice you to read this article about an innovative, entrepreneurial firm in Hickory.

While the term “hook up” may carry the burden of many interpretations to some, the name of the company may give some insight to the meaning in this case: The MESH, not an acronym, just the word implying “coming together”, “interacting”, “communicating”, or “engaging with another”. They all fit.

The MESH, a Hickory-born entrepreneurial firm is a dedicated podcast network. It has seen a nice, steady increase, not only in business, but in variety, breadth and depth of programming since its birth.

Founders and staff of The MESH appear to have not only a fun job, but an environment in which to record both audio and video podcasts. They also enjoy the satisfaction of knowing their company is not only producing programs for select regional audiences (e.g., “Street, Circle, Drive”, a show focusing on the Catawba Valley produced by CV developers), but programming with wide-ranging appeal due to cultural (e.g., “Chick Chat”)and educational content (e.g., “Entrepreneurial Exchange”).

Perhaps the best and most succinct description of Catawba Valley’s premier network programming company comes from its own website: “The MESH is a new media online network, designed to produce and deliver content to computers, mobile phones, iPods, iPads, and any other device connected to the Internet. Just like a traditional television network, The MESH has a series of programs and ‘shows’ on a variety of topics…ranging from business to education, music to movies, sports to gossip. The difference is you can watch or listen to what you want, when you want, and where you want.”

(Writer’s note: Fair warning, this article is being written by a 72-year old man who knows little of the inner workings of modern technology, especially when it comes to broadcast and computer technology. I still occasionally refer to Facebook as “Facelift”, and believe a podcast network business to be…well, “just magic”.)

One wonders, “Isn’t a podcast just one of the latest vehicles in a long list of broadcast media like stage plays, radios, television, computers, word processing, Facebook, LinkedIn, etc.?” In a way it is, if you consider that industry constantly evolves and becomes more inclusive, more technology-based, and sharpens our nation’s most coveted forms of communications: networking, dialogue, exchange and relationship building. Unlike live TV and radio, podcast content can be delivered to you automatically (when subscribed), but can be accessed at your convenience – during driving hours, commutes, mealtimes at mid-workday, late at night, “sit back and chill” time, etc. Does it take getting used to, particularly for the television generation folks? Yes. Just as people had to get used to sitting for a time in front of the radio or TV instead of talking to neighbors over the backyard fence or visiting on the front porch. “It’s a process” as is often said, and, I think, an acquired taste.

How popular are podcasts? Well, here are a few facts and data snips (published in Fast Company, Edison Research, 2018-2020):

So, why did the founders and owners of The MESH decide to birth this company? Well, according to Mary-Margaret (née Jackson) Baker and her brother Alan Jackson, it was a natural extension to their other creative communication ventures. The Jacksons have long been involved in the world of communications – Alan was the founder of Jackson Creative, LLC (which is an evolution of Visual Ventures from his college years, to Sundial Productions, to the more recent Jackson Group Interactive, LLC), and in a similar vein, co-founder of the Footcandle Film Society and Footcandle Annual Film Festival. Mary-Margaret Baker manages and serves as Creative Director for Jackson Creative, LLC., the parent company of The MESH.

The formation of The MESH podcast network provides the brother-sister pair the opportunity to explore yet another venue for creative communications along with Station Manager & Sales Manager Andrew Moose and a team of designers, hosts and engineers.

Shows are sponsored by businesses and contain at least two formal “ad spots” during each broadcast. Since the broadcasts are always available, so are the ads sponsoring the show.

“Talent” for each show varies. With Jon Reep, well, he is the show, but usually he interacts with a “partner of the show” during each episode. “Entrepreneur Exchange” on the other hand is hosted by CVCC “personalities” Jeff Neuville and Gary Mueller, who chat with local/regional entrepreneurs, share ideas for small businesses and share tips and techniques for successful small business start-up and growth. Show hosts/producers are responsible for securing their own sponsors.

In reality, The MESH, is a local company producing information-sharing and entertaining shows on its network. Shows, while created and produced locally, cover a variety of topics, some with local interest, others with national audiences. Podcasts themselves are creative endeavors; each with its own tone, personality, theme/topic and array of guests.

A natural question to ask: “How do I access these shows?” The easiest answer is to visit The MESH website (www.themesh.tv). The site provides information about the firm, the process of production, description of shows, and links to access and subscribe. Shows can be played directly from the web, or via most podcast applications. Subscribing to the shows will assure you receive new episodes once they are published.

This is quite an interesting entrepreneurial company with nothing but growth, diversity, and fun in its future. Visit their site, subscribe to the shows…it is well worth the time.

PrevPreviousFrom Ideas to Action
NextSo, Just What Is an Entrepreneur? – Part 2Next