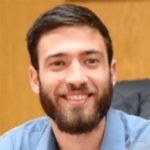 There are many things we do on a daily basis that have become second nature to us, however, we barely think about them. They simply slip away from our minds, unnoticed. Have you ever wondered why we work 8 hours a day?

The idea of a workday lasting only 8 hours a day can be traced to the Industrial Revolution Era, in which this and other changes started as a social movement to prevent the abuses of workers suffered at the hands of factory management and work practices. At that time, factories forced workers to stay for longer shifts with the expectation that longer hours would maximize production without having to hire more employees – and therefore, profits. The wages were so low that the only way workers could financially provide for their families was to work from sunrise to sunset. With little collective representation, terrible working conditions, and low wages, a factory worker could work between 10-16 hours a day, six days a week.

Luckily for workers, this tradition changed in the 19th century. One of the first to propose an 8-hour workday was a Brit, Robert Owen. Owen has been recognized as a founder of socialism, but is best known for his efforts to improve working conditions for his own factory workers. He proposed the idea of dividing the workday into thirds, allowing workers to allocate equal time to work, sleep and recreation. Consequently, in 1817, Owen began a campaign with the slogan “Eight hours labour, Eight hours recreation, Eight hours rest” to gather factory owner support for his idea. However, very few actually adopted this radical change.

It was not until 1847 that the Factories Act restricted women and children to work no more than 10 hours a day. After a few years passed, in 1884, Tom Mann, a member of the Social Democratic Federation, took up the 8-hour workday cause. Mann’s biggest achievement was convincing the Trade Union Congress to set the 8-hour workday as their primary goal.

In the United States, the push for an 8-hour workday began in 1791 in Philadelphia with workers striking for a 10-hour workday, including two hours for meals. As in Europe, the working class of America supported the 8-hour workday, but business owners were reluctant to embrace it as a workplace norm. The progress was slow, and many supportive organizations called the Eight Hours League were formed in the U.S. to accelerate the adoption of this change.

The fighting for an 8-hour workday in the United States experienced its strongest momentum in 1884. That year, the Federation of Organized Trades and Labor Union declared May 1, 1886 as the first day in which an 8-hour workday would be mandatory. Once again though, the universal implementation of this new law was slow and gradual due to factory owner reluctance and a lack of organized resistance.

All It Took Was a Significant Leader – and Pressure

In 1914, the Ford Motor Company, against a backdrop of wide-spread unemployment and increasing labor unrest, was one of the first large companies to not only implement the new standard of an 8-hour workday, but the first such company to pay workers a minimum wage of $5 per 8-hour day, nearly doubling the previous norm of $2.34 for 9 hours of work. The same policy was adopted for women in 1916.

Ford experienced a significant increase in productivity and profit after implementing these changes. These uncommon changes at Ford (and the evidence of increased profits) pushed other businesses to adopt the same policies. In 1937, the 8-hour workday was finally standardized in the United States and regulated by the federal government according to the Fair Labor Standards Act.

Evolution takes time and can never be assumed to be complete. The work week expectations: work from home, shift work, weekend-only shifts, part-time, contract work, leave of absence, self-determined work schedules, self-employment, the four-day work week, pay rates and company cultures all are under examination as pathways to productivity, engagement, satisfaction, recruitment and retention of talent, and, ultimately, profitability and market positioning of progressively-led companies of all sizes.

The 8-hour day, 40-hour week, and holiday-only time away from work is hardly the norm any longer.

Look to future articles in GFB Monthly to learn more about the reasons and rationale driving these changes.

References:
Greene J.  Is 40 hours a Week to Much? Here’s What History and Science Say. Retrieved from https://www.askspoke.com/blog/hr/40-hour-work-week/

PrevPreviousWe ALL Need to Thank This Guy!
NextGood Reads: February 2020Next