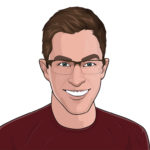 We all know about company logos; those emblematic pictures, drawings or artwork that in one glance can immediately cause our mind’s eye to envision the company it represents…that is IF the company has successfully “branded” itself.

Everyone recognizes the giant golden M as McDonalds; the Dough Boy as Pillsbury; the single bitten apple as Apple (MacIntosh); the Red Cross or Blue H as signifying a hospital or place of care. No problem. Branding, logo design and hard marketing of that “look” has become the norm for a company wanting to establish a name, a brand, or instant recognition.

Not to say that the following identifies the “first” use of a widely-recognized logo, but the evolution of the Barber’s Striped spinning pole as a sign to non-readers of the 16th century of a place where one could secure surgery, bloodletting, healing and, eventually haircuts, is an interesting story of one of the first logos.

During that 16th European era only the clergy and the most highly educated or royal people could read. So, how was the local tailor, butcher, fishmonger, etc. to “market” themselves? The logical answer was to paint a sign representing what you did above the doorway to one’s place of business: scissors for the tailor, a fish for the fishmonger, a key for the locksmith, a horse or horseshoe for the stables, and so on.

Trust Me, I Know What I Am Doing

However, when a person in the 16th century saw a red or blue striped candy pole the expectation was to find inside a place where they could get a good bloodletting (phlebotomy), usually performed by the most respected and trusted at the time…a priest, monk, or highly educated person. Who wouldn’t want a “trusted” individual cutting you to let out the “bad blood”?

Interestingly, these same trusted people performed other healing services in addition to the highly popular bloodletting. Not uncommon were the pulling of teeth, performing enemas (ugh), picking lice and popping abscesses…in addition to trimming beards and cutting the ever-present bangs.

As for the bloodletting, the real “cure” giving rise to the eventual barber’s pole, the “patient” grasped a long pole tightly to 1) help the veins show up and 2) give the blood a pathway to the collecting bowl. The latter was aided by wrapping a strip of cloth abound the pole so as to absorb the blood to the point of saturation whereby it would drip into the bowl. BTW, the bowl used then has been represented on the eventual logo by the ball or cap on top of the pole today (though some have suggested the bowl was also used as a storage place for leeches).

Get Back to An Honest Living – In the Church

As soon as Pope Alexander III forbade monks and any religious clerics from bloodletting, the true barbers filled the void since they, too, had knives and other pointed things to do the job. Barbers first displayed a bowl of blood outside their shops or in the window to “brand” what they did, until local ordinances were passed to prevent such ghastly practices.

Being inventive souls and fully intent on “marketing” a visible symbol of what they did, the barbers simply displayed outside their shops the blood soaked (linen) long poles used during the letting of blood. People knew what they could see, and the striped pole said, “Get your blood letting here…and perhaps a haircut.” These “barber surgeons” as they were known by the pole outside their establishment. So ingrained was this profession that King Henry VIII established the Company of Barber Surgeons, and traveling barber-surgeons, called “Flying Barbers”, began to show up all around other countries.

It wasn’t till 1797, when Lord Edward Thurlow suggested Parliament regulate the distinction between truly barbers and truly surgeons, insisting each should have their own pole of recognition: barbers were to have blue and white striped poles and surgeons red and white (remember the traditional red and white of the Red Cross emblem). No one is quite sure when or why surgeons abandoned the pole and the barbers combined the colors.

Little changed from that point forward. Barbers pay homage to their bloodletting past with the cap (bowl for collecting blood) on top, stripes representing the blood-soaked bandages that guided the blood, and the spinning of the pole to represent the blood gently swirling down the pole.

Hence, an original logo of an age-old entrepreneurial business.