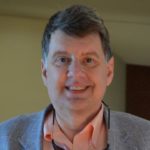 I remember vividly one episode of the vintage “M.A.S.H.” series in which the mad lovers, Hot Lips Houlihan and Major Frank Burns were in a tight embrace, when suddenly they separated with Frank gasping, “You are so wonderful, Margaret!”…to which Hot Lips said, “and you, Frank, are so, so, well, you are so ‘above average’”. A classic.

It is quite obvious that in the United States today we have continued to slide into being a nation of “comparers”, us and them, my yard – my neighbor’s yard, other races, comparison of annual earnings, who has the hotter car. We often make assumptions based on visible comparisons such as age, gender, political views, the “in crowd” vs. others, manner of dress as a sign of wealth, members – not members, body type, and on and on and on.

Remaining in the vein of business and the world of work, one would not have to look far to find the “points of comparison” and “status symbols” that tend to separate people into “categories”, with usually less than positive results.

A Changing of the Traditions

One such obvious point of comparison of oneself to others in the world of work…one that is thankfully changing…is the distinction of one being a white or blue-collar worker.

The phrase “white collar” may be traced back to Upton Sinclair, who first used the term in the 1920s to describe office workers who were required to wear white collars. “For the most part white collars had been sold separately since the 1830s. Detachable collars saved on laundering since they were the part that needed frequent cleaning and replacement… In the early ’20s, the stuffy detachable collar was still the norm. They were always white, always detached, and quite tall (up to 3 inches)” (vintagedancer.com).

One could imagine how uncomfortable these tall, starched collars must have been. In contrast, “the working class who wore casual shirts which were long sleeved and collared just like dress shirts. The sport shirt was usually a single color, in a heavier durable fabric such as twill, wool, or flannel for manual work” (vintagedancer.com).

While there must have been a division among the two groups of workers, it was Sinclair who put a name to the two classes.  Since that time the divide has grown increasingly larger.

I am reminded of an episode of “Friends” in which Ross (a PhD) wouldn’t sit at the table occupied by his friend Joey who was working as a tour guide at the museum. White coats never sat with blue blazers.

Maybe you are a blue-collar entrepreneur or a white-collar small businessperson. Chances are you have used the services of both blue and white-collared workers. We need each other to survive, to strive, to prosper.

Traditions of having one’s manner of dress as a visible reminder of status are going by the wayside. We are seeing less of “white collars” in white shirts, seeing fewer ties on men, slacks and jeans versus dresses on women, more open neck shirts, official “dress down” codes of conduct versus strict and unforgiving “dress codes” in today’s workplaces.

This is a good thing, for several reasons. Giving way to personal expressions of personal taste and comfort adds comfort to the workplace. Individuality becomes the norm rather than the odd distinction. Dress code barriers to communication gives way to open dialogue.

And, stereotypes belied in our verbiage, “Here comes a suit”, “boss man”, “higher ups”, etc. drop off from constant use.

Perhaps we should be looking beyond the “uniform”, even as Steve Jobs’ all black jeans and turtleneck became its own uniform, to the promotion of co-equal dialogue among all people in the workplace unimpeded by “signs” of status and distinction and, therefore, value.

Thankfully, these days the trend is toward valuing all rather than a separation by status.